2014 as a year of demodernisation for me 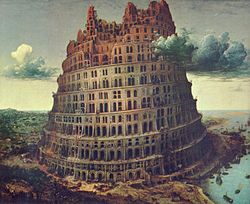 not very active as a blogger right now, and most of my posts at the moment are older writings that I’m finishing now and finally posting after a long time of waiting in the pipeline. There’ some stuff I need to finish (about Christianity and capitalism, and about racism for example) but I don’t have the time and energy at the moment, and I’m focussing on work, children, gardening lately, and most of my writing has been fiction in Dutch, so it doesn’t fit on this blog.

(My fiction can be found at Oranderra, but most of it is Dutch. I do hope to one day continue my series of ‘the paralian priest and the acosmist nun’ though.)

I will still be writing blogposts here about a whole variety of subjects when I have the time and inspiration for it. (And there are some unfinished things that will be finished and posted too…) But in 2014 I will be starting a new project, which I call the ‘demodernisation’ of myself, which will most probably lead to some blogposts too.

So what do I mean with ‘demodernisation’? I feel it is the natural next step after my ‘postmodernisation’, that might have helped me a lot in some areas, but it did not help me much in a lot of other things…
Some years ago I found the ‘emerging church discussion’ through the internet, and learned a lot from it, or learned the right words to describe how I already saw the world, for I am a native postmodern. But I must say that the whole ‘emergent’ stuff has become more and more frustrating to me. A lot of it is just American anti-reaction to a fundamentalism that I don’t know, and acts more like a photo-negative of that fundamentalism. No-one can expect me to be interested in a photo-negative of something I don’t care about. The photo and the negative will generally be equally uninteresting to me.

And the other problem is that the more photo-negative of fundamentalism enters the picture, the more modernist Christian liberalism (the natural negative view of fundamentalism), which has never interested me at all. I think it was Scott McKnight who said that McLaren at the time of ‘A new kind of Christianity’ did not arrive at a new one at all, but an old one (referring to older protestant liberalism) that actually wasn’t old enough. Although I like a lot of McLarens earlier books and have benefited greatly from them, new liberalism just makes me lose interest, and I’ve seen that in most corners of the ‘emergent’ dicussion. (Also, I and just clueless about the American ‘liberal PC’ stuff. It’s just alien for me and feels like a new form of fire and brimstone preaching from a new corner to me.)

So, the project now, with my postmodern identity established, is to go way beyond postmodernism and Western though to reconnect with my Christian (and human) roots outside of modernity. My flirting with Eastern Orthodoxy is already part of that, and I will try to read more about non-modern, non-Western forms of Christianity, and also other religions and philosophies from everywhere. (I want to know more about native American thought systems, taoism and pre-Christian European thought for example.)

I do think that I will also go back more to my Lewisian roots, and explore Chesterton and MacDonald more for example.

(Not that I don’t value some things about modernism, like human rights and gender equality, the realisation of how serious the destruction of ecosystems and extinction are, and general growth in scientific knowledge about the natural world, and modern medics. But apart from those and other advancements, there is so much we have lost, and so much dark side to even a lot of advancements, and so on…)

My ideas on magic and the occult are part of what you can expect, but I will try do ‘deconstruct’ more  things and look from other angles than both Western modernism and post-modern hyper-enlightenment thought.