(This is an adapted version of the Bram Cools Music newsletter. You can subscribe here if you want.)

A new Bram Cools song called ‘last fish’ can be listened on soundcloud now. it is actually a remake of a very old song from my early twenties, that originally appeared on a ‘limited edition’ cassette which was restricted to one copy. Even I don’t have it anymore, but this song nonetheless survived, and it kept playing in my head from time to time unlike most of the songs that I recorded once and never played live. So I decided to re-record it and I’m glad that I did.

The original was just me playing a keyboard with 2 sounds, singing a cryptic and dark text to a very repetitive xylophone-loop and some strings recorded in one session on minidisk in my usual manner at that time. I have recreated those 2 lines and added some more arrangement to fill it up some more. It’s still not the typical Bram Cools song (if such a a thing exists) but I do like the outcome a lot.

It’s quite gothic, and completely different from the songs I’m writing at the moment, but still too good not to share, and as a very atypical track it’s perfect to end a long period of silence without new Bram Cools song… I hope you all enjoy the song and share it with others who might like it.

But that’s not the big news. The big news is the following:

“Contemporary ChristianMuzak 2004-2007′ to be released soon 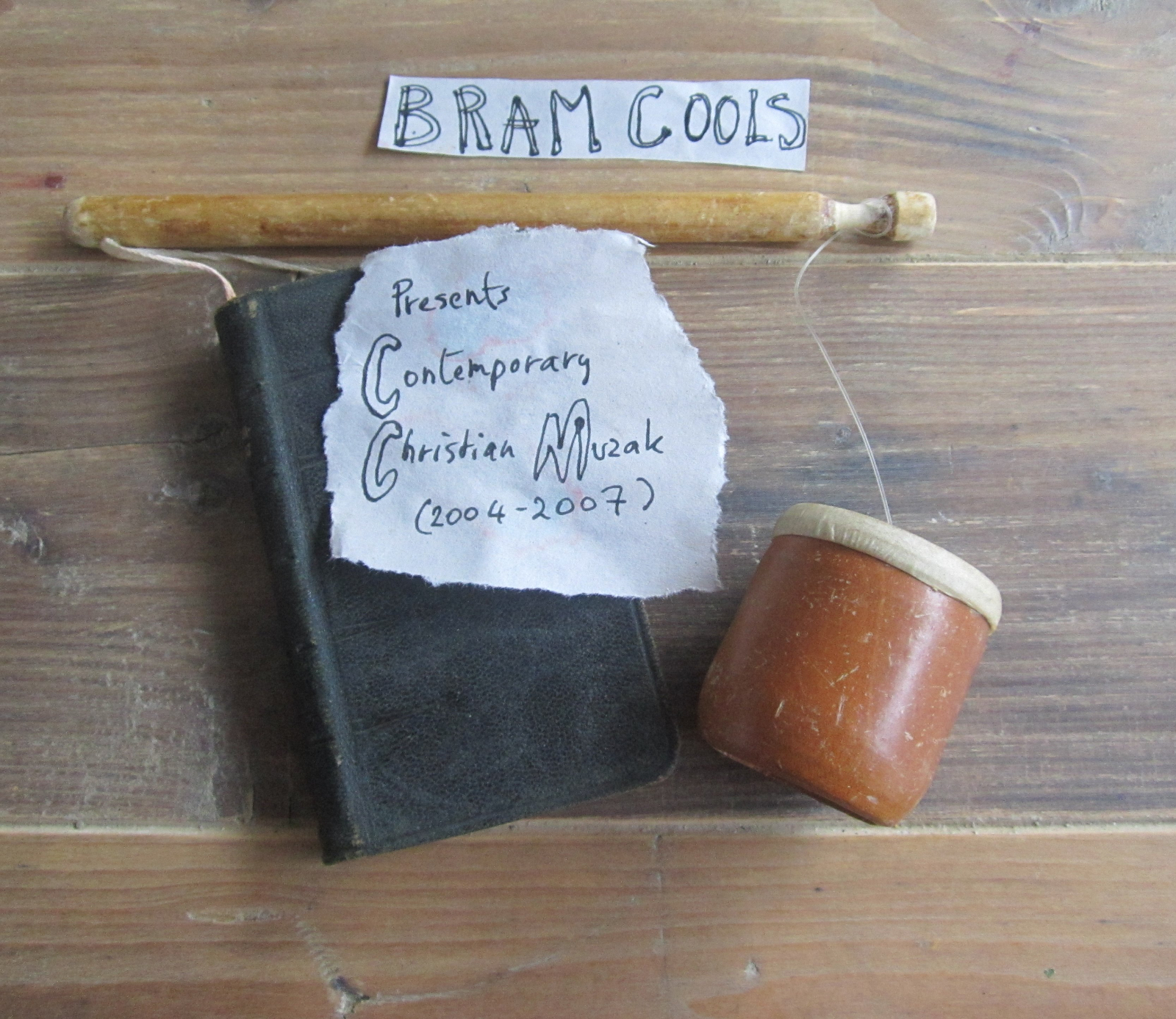 I did already announce in my last mail a coming electronic release of my old ‘Contemporary Christian Muzak’ songs, finally together on one album. Now I tell you that it will be released very soon, in the beginning of september.

For those still uninitiated: Years ago now I had a band called the Contemporary Christian Muzak collective (or CCMC). We tried to play some kind of experimental Christian music that did both connect to the Creator and make some interesting sounds that haven’t been used 100 times before already. Most of it was not exactly elevator music fit for a boring Christian radio station providing safe happy clappy Christian music for the conservative middleclass as the name might suggest, but rather some kind of rough folky indierock, mixed with very weird free-from noise and experimental impro-parts as well from time to time…

We only did a few concerts throughout the years (around 2004-2007) but we did have a lot of fun, and I really miss those days! But time passes and things change, and the bandmembers had families and other bands and other stuff going on, so it all sort of fell apart. Unfortunately We never did any studio-recordings as a band, and no real CD-worthy live recordings have been made either. So all that’s left is my own home-recorded multitrack-versions with mostly myself on a lot of instruments and Bram Beels on digeridoo in some of the songs. Some of these songs needed to be finished, and that has finally happened.

(And thank you for clicking!)