the danger of anger and the law of love (Agnes Sanford)

The next text is taken from 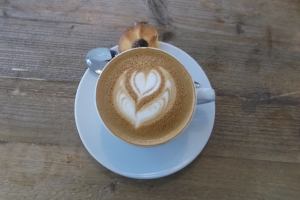 Agnes Sanfords ‘the healing light’ (1947), a book that I am wresting with and that I might blog about later. I’m not sure I agree with the way she frames some things and some of her conclusions at all, but from everything I know she is a woman of God with spiritual insight who lived what she taught.

Danger lurks in every form of energy. The flow of energy that we call the law of love is the rhythm for which our beings were created, the thought-vibration in which we live and move and have our being. Every thought of anger, therefore, throws a contrary and destructive counter-vibration into the body, and places us in danger. “Whosoever is angry with his brother—shall be in danger of the judgment.”

This judgment begins immediately. One of its first evidences is the failure of the prayer-power of the angry one. He will find that he cannot pray, no matter how hard he tries. He will also notice in his body the immediate results of anger. A fit of wrath destroys the appetite, upsets the digestion, weakens the muscles and confuses the mind. And the anger that solidifies into hate, resentment or hurt feelings deposits a continual sediment or poison in nerves, arteries, bones and mind, and prepares the body for death. Doctors tell us that anger tends to destroy the body. Jesus said that it also tends to destroy the soul. “But whosoever shall say ‘Thou fool,’ shall be in danger of hell fire.”

The words sound harsh, but they are true. For the forces of spirit, mind and body are synchronized and ordered by the same inner control center, and that which affects one affects the others. As long as the thinking of the conscious mind is in harmony with God the sub-conscious mind directs the functioning of the body in a marvelous way. But as soon as we turn the dial of our thoughts to hate, bitterness, hurt feelings, resentment and irritations we send a contrary order down to the engine room of the subconscious which responds with the general order, “Hurt! Destroy!” The protective and life-giving forces of the body are weakened so that one falls prey to germs and infections, to pain and weakness, to nervousness and ill temper, and to the spiritual dullness that results from the dimming of the life force. If one looks with an open mind upon the history of war and epidemics he will perceive this fact.

The One Who Knew, therefore, was neither harsh nor fantastic. He was only realistic as He stated, in His own blunt, straight-from-the-shoulder way, a fact that cannot e evaded; the one who is angry with his brother is in danger. Christians have tried so hard to avoid this unavoidable law! Their excuses for anger range from the “righteous indignation” that slew the unbeliever to the “righteous indignation” that thunders against modernist or fundamentalist or Catholic or Jew. But there is no way of side-stepping the law of God, because it is written in our own subconscious minds. And the subconscious mind cannot figure out the difference between “righteous” and “unrighteous” indignation. Its working is inexorable and absolute, founded on laws set in motion before the foundation of the world, and no puny excuse of man-made mind can change it from its course. A man might drink poison in ignorance, mistaking it for water. In so doing, he would be acting righteously. No blame could possibly be attached to him. But that would not prevent the poison from destroying him. Therefore the Teacher, who was a most profound psychologist, told us that the poison of hate is dangerous, no matter what the cause of the hate may be.

We would be wise to direct our lives as much as possible toward paths of peace. We would be wise to plan our food, rest, work and recreation in as healthful a way as possible in order to soothe and harmonize our beings. For much of our bad temper springs from no other cause than weariness and over-strain.
We would also be wise to take the wrath-provoking words and acts of other people as assignments from God, as spiritual exercises, or as helpful hint along the way of life rather than as excuses for anger.

Not all spiritual adventures, however, are without pain. There are those who would strike one upon the cheek or steal his coat or compel him to go a mile with him as a burden-bearer, as the Romans did to the Jews. There are those, in other words, who would insult, defraud or bully one. The human answer to this problem is self-defense. What did the Way-Shower have to say of that?

Alas! He showed a way that very few have learned. He instructed those who would follow him into that happy and powerful life, the Kingdom of Heaven, to practice forgiveness rather than revenge. They were not only to love those who deserved to be loved—their friends. That was easy. Even the heathen did that. They were also to practice love toward their enemies. He suggested that when struck upon one cheek, they turn the other cheek toward the angry one; that when defrauded, they give to the defrauder; that when bullied, they perform an extra service for the bully. Those who have taken these suggestions literally and tried them out have found them to be the most perfect methods of self-defense.
And we become perfected in love by trying to do it. The method is so simple that any child can learn it. It is merely to connect in spirit with the love of God, send that love to the other person, and see him re-created in goodness and joy and peace.

What do you think?

Like Loading...
This entry was posted in christlike love and tagged anger, hate, Jesus, love, love your neigbor, sermon on the mount. Bookmark the permalink.