There is only one humanity, and one civilisation (C.S. Lewis)

The idea of collecting independent testimonies presupposes that ‘civilizations’ have arisen in the world independently of one another; or even that humanity has had several 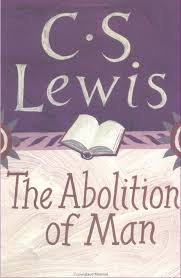 independent emergences on this planet. The biology and anthropology involved in such an assumption are extremely doubtful. It is by no means certain that there has ever (in the sense required) been more than one civilization in all history. It is at least arguable that every civilization we find has been derived from another civilization and, in the last resort, from a single centre—’carried’ like an infectious disease or like the Apostolical succession.

C.S. Lewis, the abolition of man

Like Loading...
This entry was posted in quotes and tagged abolition of man, C.S. Lewis, culture, racism. Bookmark the permalink.