, some will recognise that title as an inversion of the American Christian slogan ‘women need love, men need respect’, which is also the title of some American book on marriage that would very probably wreck my marriage if I would ever try to read and follow it.  For those who didn’t recognise it, no, I’m not even going to link to it, only to a deconstruction of that weird basic idea and the supposed biblical basis that it doesn’t have if you want to know more about it, and to some other articles critiquing it. There are more marriage books that are actually quite bad for your marriage around I’m afraid.

I have used the sentence “women need respect, men need love” as a tweet and facebook status before, accidentally with almost exactly 2 years in between, and it always seemed to get a lot of attention. Last week the status was prompted by reading some rather disturbing things about the original book the quote comes from. Sheila Gregiore of ‘to love, honor and vacuum’, – an American evangelical blogger and marriage counsellor- dedicated a whole week to the book. She seems to have had had the suspicion that a lot of the marriage problems she sees are caused by bad marriage advice, and ‘love and respect’ indeed proved to be a source of very destructive marriage advice.

To be honest, while it is true that the whole series was a critique of yet another bad evangelical hype the series gave me some hope for American evangelicalism again. It interesting and reassuring to see a (as far I can see) rather conservative and soft complementarian evangelical being true to the actual bible in these days of Trump, and to call out all of the manipulative lies and destructive nonsense that seems to be masquerading as ‘biblical teaching’ in certain corners of evangelicalism even though it’s opposite to anything remotely Christlike. A bit like all that nonsense on ‘biblical manliness’ that ends up glorifying men who are completely contrary to the fruits of the Spirit in Galatians 5.
I always expected evangelical Christians to at least follow the words of Christ and Paul on love and try to live in a matter that roughly corresponds with the law of loving fellow humans, but lately I’ve felt so often that I was naive. I’ve seen 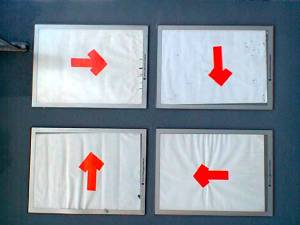 so much co-religionists who just seemed to want to have control, dominion, and who wanted to be right, and sometimes even worse.  So I was glad to see a very clear counter-example.

I know that some people will say ‘Bram, surely you can’t mean that these kind of books mean that women need only love and men need only respect’, but it seems quite clear that for the writer men do need respect (and unquestioned submission even) in a rather entitled and almost narcissist way, while nothing is said about women needing respect. Such doctrines are nothing but a recipe for abuse and a marriage without any closeness.
This is how Sheila summarized the way the book described how men need respect. Note also that men absolutely need this respect according to the book, while the love women need is more added as a suggestion.

She honors her husband’s authority in the marriage, allowing him to make the decisions. She does not speak up when she disagrees with him, even if he is being selfish and seriously burdening her. When he is doing something really wrong that hurts the family and children, she remains quiet and speaks only briefly. She may mention what she is upset about once, but then she does not bring it up again for several weeks. This is true even in cases where he is a workaholic; drinking too much; or having an affair. If he is angry or abusive, she is respectful by not speaking up when he has angry outbursts, but instead by remaining quiet. No matter what, in all of these cases, she regularly gives him sexual release, without any regard for her own feelings, understanding that this is a need that he has, and that he cannot show her love without it. (source)

A lot of things can be said here that will be kept for a few later posts, if this is what is meant with ‘men need respect’, then the word ‘respect’ means something for the writer (a married man) that it doesn’t mean for most people, and it also is one-sided. I would also say that some of these things would mean the opposite of respect for me. But I think we can be frank here: It is impossible to have respect from both sexes towards each other if this is the definition of respect, because it will always be asymmetrical. But I hope that it’s also quite clear that this isn’t ‘respect’ at all. It’s just cultivating narcissist entitlement in men. Or as a meme says:

In a relationship no-one needs to be treated like an authority, especially not unconditionally as the ‘love and respect’ guy seems to propagate, but both people need to treat each other like a person. Without a basic respect there is no chance of having a meaningful relationship even. And evidently we’re all humans. It would be nonsense to deny that we all need both love and respect. I sincerely hope that no-one will disagree with me here.  It’s very clear that gender shouldn’t be important here, although it seems it often is.

Still I do have my reasons to reverse the usual slogan and explicitly say women need respect, and men need love. But that is for the next post

What do you think?

Like Loading...
This entry was posted in marriage, sexuality and tagged complementarianism, love, marriage, respect. Bookmark the permalink.