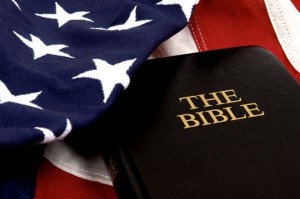 I know, my title sounds dramatic and probably is an overstatement, but I’m afraid it’s time for me to draw the line I’ve been drawing earlier a bit more more clearer, for my own health. I need to get away from certain stuff because it just is an unhealthy distraction, and not relevant even for where I am in my faith journey.
There’s enough stuff enough already to wrestle with in my own life here on the old continent, and moreover I don’t think the things that come through are even representative, but for some reason the loudest voices are the most bitter ones. But those are the things I stumble across, on blogs, FB, twitter, etc…

Okay, let me be frank here what the problem is: I don’t want to read anything about people calling others ‘heretic’ or ‘bigot’ because they are not X or Y enough because of verse Z and Q read in a way that I don’t understand or because of this theology or tradition or scientific theory or academic consensus or political correctness or whatever. And yes, both sides come across as equally toxic to me in calling out and disowning and naming enemies. I don’t care about your dichotomies, it’s just 2 sides of the same coin for me. anyway your liberal and conservative American Christianity…

And actually this is not at all my story. I as a lone European weirdo can’t carry the problems of a defective, divided church and culture in our rogue ex-colonies. Taking in too much of it appears to be toxic to me, and the tragic thing is that they probably are as toxic to the people inside of them too. I completely can understand if people are losing their faith at the moment. I completely would understand an ‘evangelical collapse‘. And I sincerely hope you will be able keep it on your side of the ocean, and don’t infect churches here or in the global South with it. There’s enough problems in Christianity without being infected with those from the US too…

But like I said this is not my story and I want to keep it that way.

I already live in country where Christianity (cultural catholicism) has collapsed. Equating Christian with a narrow version of fundamentalist evangelicalism is not an option for me in a secular country where most people think ‘catholic’ when you use the word ‘Christian’, and then think a bout something of the past (or even worse, child abuse and stuff) although it seems our friends Francis does have a good influence.
Evangelicals are not on the radar, and to be honest, what I see coming from over the ocean (the loudest and most visible stuff) has nothing at all or even less in it that could give people a better image of Christianity, or point to Jesus.

And oh, If you want me to be interested in anything you say about your faith, disconnect it from your weird politics. They make no sense to me. None of our 8 parties of so can be equated with either of yours, so your weird dichotomies are alien to me. I live in a country where ‘republican’ means someone who doesn’t like our king (I don’t care about him to be honest) in favor of a republic, be it an independent republic of Flanders, Belgium as a republic or the united states of the EU under one president. Nothing at all about ‘conservative’ politics, although the capitalist-centered part does exist in our liberal party and some nationalists. (Economic neo-liberalism and similar stuff like a colder and extremer version the oldschool liberalism of the founding fathers, people, has NOTHING to do with Jesus. Real conservative Christianity would more ‘communist’ than ‘capitalist’ although it would transcend both and annul every form of slavery to Mammon, the demon to which our lives and all of Gods creation are sacrificed by our current political systems) A democrat to me is anyone who believes in democracy in one way or another. I don’t even see the difference between the 2 American parties, and I find the whole dichotomy-thinking dangerous and unhealthy. I don’t want to waste any more time or reading about it, our own politics are crazy enough and full of problems already. And no, your ‘left’ isn’t automatically more interesting than the right-wing stuff. The political correctness of a world that I don’t understand only looks like ot leaves no place for anyone to even breathe. And it seems that (like always, the problem is prevalent here too) people on both sides are completely misrepresenting the other side, not listening to the other it at all. We have enough of that here already…

Yes, I AM interested in Christians anywhere, including America, who show the fruit of their walk with Christ, who show love to the least, and to the ones they disagree with, no matter if they are sinners, heretics or bigots. If I don’t see that love, you might have the letter, but I don’t think you have the Spirit. You might have theory, but do you have Love?

Like someone said, without love we are nothing, and a tree will be known by his fruit.

Don’t boast in having the right theory, and especially not in how you exclude whatever group you see as heretics or bigots. Show your love through your life and your writing (which is what I see of your life). If something like heresy or bigotry is damaging people, show me how it is damaging to everyone, both oppressor and oppressed, and how you love all of them and want the evil to disappear so it will not be able to separate people anymore.

I want to see visions of light, and the Light itself. Not more descriptions of darkness. Denouncing darkness alone will never bring any light. Dissecting everything you see to find more darkness in it neither.

So I’m going to cut myself loose from some things even more, for it seems that the distraction of the struggles of a world that isn’t mine will only bring me further away from God. Yes, I might read Rachel or Robs series on the bible or some of my blogging e-friends from time, but I will avoid every blog-storm, every new ‘crisis’ in which people are leaving evangelicalism and in which Christians behave like a bunch of politicians of the type that never became more mature than a spoiled toddler. Even a critical commentary on it can channel something that is detrimental to my faith.

I’m not bound to whatever people on another continent call ‘evangelicalism’. I’m bound to the Way of Christ, the Incarnated and Risen one who conquered death, evil and sin, and to the Spirit who lives in me.

I need to be turning to God Himself, to the bible and the words of Jesus, to books from a lot of angles. To the believers around me, who are part of my journey with me.

And I am probably very privileged in a way not to be an American here if all you can see is America and its problems and me telling that it’s not my problem. But actually there are problems enough already in my own life and in this country, wo don’t have to import any.

But for those alarmed by the title: no, if you’re an American Christian reading this and we know each other from online conversations;I’m not going to cut off people. If you are my friends you stay my friends, but I need to disengage your overall culture, for my own spiritual health.

I will love you but not carry the baggage of your culture as if it’s mine. I will talk with you and pray for you, but I cannot share the axioms and certainties of your culture and act as if they are normative for all earthlings. They are not, and some of them are alien. Just as mine are…